There are many factors that can cause a child to struggle in school. Some children lag behind in all areas, while others have trouble in a single subject area but progress perfectly well in others. Some children have difficulty with a specific information processing mode, such as reading or arithmetic, while other children have problems with memory, attention, or speed of processing that can affect all academic areas. As time goes by these skill deficits become more and more of a roadblock to educational progress. Children with learning problems are at risk not just for future academic failure, but for difficulties with social adjustment, self-confidence, and emotional issues. Learning disabilities can occur in children at any level of ability, including in gifted children. Early identification of learning problems is crucial in building academic success and preventing future issues. 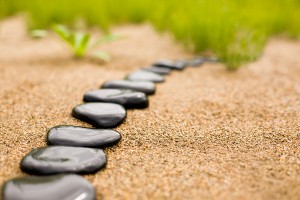 f potential learning problems vary for different subjects and at different ages. Children with developmental delays in all areas of function are usually identified fairly early, most often because parents, caregivers, or pediatricians note that they are not reaching developmental milestones for speech, language, motor skills or social interaction at the same times as other infants and toddlers. Learning disabilities are more difficult to detect because they affect a narrower range of function in children who are of at least average intelligence and who may have other areas in which they are quite strong. Sometimes a child is perfectly capable of learning, but the way his or her brain learns best just doesn’t match up with the way the system is teaching them. Even gifted children can struggle in school because of boredom or a lack of challenging material.

To identify learning problems, some formal testing must be done (see the Assessment page). The process generally involves tests of basic cognitive ability and academic achievement in reading, math and writing, followed by more detailed testing of any areas of weakness. The goal is not only to document the problem so that special services can be obtained in school, but to provide recommendations that will guide educational interventions.

Specific learning disabilities are most often in the three core academic areas of reading, math, and writing. Below are some of the signs that may point to a problem.

Efficient readers are able to decode words according to the way we use letters to represent sounds, and then to transfer those words to long-term memory so that they are recognized on sight without the need to sound them out. The most common type of reading disability, often called dyslexia, is the inability to decode and recognize individual words. Children with this problem have great difficulty learning to read, and find reading a very slow and laborious chore. As a result, they quickly learn to dislike reading, and then struggle even more. Some children, on the other hand, learn basic reading mechanics well enough, but have trouble comprehending what they read.

Some early signs of reading problems can include:

Learning disabilities in math, sometimes called dyscalculia, can take several different forms. Some children have problems counting, tracking the order of events or ideas, and sequencing both numbers and steps in problem solving. Others have problems encoding math facts as linguistic information that can be rapidly and efficiently recalled as they solve problems. Still others have a poor sense of the relationships between quantities, and a poor grasp of mathematical concepts. All of these factors must be assessed to understand why a child is failing to progress with math.

Early signs of problems with math may include:

As in the other areas, there are several types of learning disabilities in writing. Some children have difficulty with the motor control needed to form letters and to write smoothly and fluently (often called “dysgraphia”). Others struggle to organize their thoughts in a way that they can put down on paper. Other children can express themselves well when talking, but have difficulty doing so in writing. Assessment in each of these areas is required to diagnose writing problems.

We may suspect a learning disability in writing when some of the following signs are present:

Steve Prefontaine: “To give anything less than your best is to sacrifice the gift.”